Get Paid To Write Online 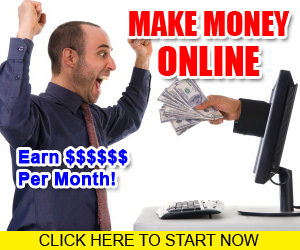 Summary. Understanding of the pathophysiology of dystonia derives primarily from studies of focal dystonias. Physiological investigations have revealed a number of abnormalities that may reflect the genetic substrate that predisposes certain individuals to develop dystonia. There is a loss of inhibition in the central nervous system, and a loss of surround inhibition specifically. Plasticity is increased, and there are sensory abnormalities. Which of these disorders is primary is uncertain.

Dystonia is the term for a set of disorders characterized by abnormal postures and unwanted muscle spasms that interfere with motor performance. There are many types of dystonias. Primary focal dystonias are the most common. These disorders tend to come on in adult life and include spasmodic torticollis or cervical dystonia, blepharospasm and focal hand dystonia, most commonly writer's cramp. Most of the physiological studies have used patients with focal dysto-nias, and while there may be similarities among dystonias of different types, there should be caution in overgeneralization.

Writer's cramp is generally seen in persons who have spent much time writing. Repetitive activities in other tasks are precedents for other task specific disorders. A long period of stereotyped, repetitive behavior seems to be important. Clearly all persons who do considerable writing do not develop writer's cramp. Likely, analogously, many patients who have blepharospasm have a history of eye symptoms, such as dry eye, before the onset of the dystonia. Patients with focal laryngeal dystonia, spasmodic dyspho-nia, often have a history of a sore throat. Hence, the most likely scenario is that, like most diseases, focal dystonias are products of a genetic background and an environmental insult. That is, for example, writer's cramp develops with excessive writing only in those persons who are genetically predisposed. There is evidence that there is a genetic influence in the focal dystonias.

There are three general lines of work at the present time that may indicate the physiological substrate for dystonia.

A principal finding in focal dystonia is that of loss of inhibition (Hallett, 2004). Loss of inhibition is likely responsible for the excessive movement seen in dystonia patients. Excessive movement includes abnormally long bursts of EMG activity, co-contraction of antagonist muscles, and overflow of activity into muscles not intended for the task. Loss of inhibition can be demonstrated in spinal and brainstem reflexes. Examples are the loss of reciprocal inhibition in the arm in patient with focal hand dystonia and abnormalities of blink reflex recovery in blepharospasm. Loss of reciprocal inhibition can be partly responsible for presence of co-contraction of antagonist muscles that characterizes voluntary movement in dystonia.

There is an animal model for blepharo-spasm that supports the idea of a combination of genetics and environment, and, specifically, that the background for the development of dystonia could be a loss of inhibition (Schicatano et al., 1997). In this model, rats were lesioned to cause a depletion of dopamine; this reduces inhibition. Then the orbicularis oculi muscle was weakened. This causes an increase in the blink reflex drive in order to produce an adequate blink. Together, but not separately, these two interventions produced spasms of eyelid closure, similar to blepharospasm. Correlating with this animal model, patients with blepha-rospasm after a Bell's palsy were reported (Chuke et al., 1996). This could be a human analog of the animal experiments. The idea is that those patients who developed blepharo-spasm were in some way predisposed.

There is now good evidence for surround inhibition in human movement. Sohn et al. have shown that with movement of one finger there is widespread inhibition of muscles in the contralateral limb. Sohn et al. have also shown that there is some inhibition of muscles in the ipsilateral limb when those muscles are not involved in any way in the movement (Sohn and Hallett, 2004b). TMS was delivered to the left motor cortex from 3 ms to 1000 ms after EMG onset in the flexor digitorum superficialis muscle. MEPs from abductor digiti minimi were slightly suppressed during the movement of the index finger in the face of increased F-wave amplitude and persistence, indicating that cortical excitability is reduced.

There is an abnormal plasticity of the motor cortex in patients with focal hand dystonia (Quartarone et al., 2003). This has been demonstrated using the technique of paired associative stimulation (PAS). In PAS a median nerve shock is paired with a TMS pulse to the sensorimotor cortex timed to be immediately after the arrival of the sensory volley. This intervention increases the amplitude of the MEP produced by TMS to the motor cortex. It has been demonstrated that the process of PAS produces motor learning similar to long-term potentiation (LTP). In patients with dys-tonia, PAS produces a larger increase in the MEP than what is seen in normal subjects.

The possibility of increased plasticity in dystonia had been suspected for some time given that repetitive activity over long periods seems to be a trigger for its development. An animal model supported this idea (Byl et al., 1996). Monkeys were trained to hold a vibrating manipulandum for long periods. After some time, they became unable to do so, and this motor control abnormality was interpreted as a possible dystonia. The sensory cortex of these animals was studied, and sensory receptive fields were found to be large. The interpretation of these results was that the synchronous sensory input caused the receptive field enlargement, and that the abnormal sensory function led to abnormal motor function. The results suggested that the same thing might be happening in human focal dystonia; repetitive activity caused sensory receptive field changes and led to the motor disorder.

Stimulated by the findings of sensory dysfunction in the primate model, investigators began examining sensory function in patients with focal hand dystonia and found it to be abnormal. Although there is no apparent sensory loss on a clinical level, detailed testing of spatial and temporal discrimination revealed subtle impairments (Molloy et al., 2003). The abnormality is present on both hands of patients with unilateral hand dy-stonia and also on hands of patients with cervical dystonia and blepharospasm. The identification of abnormality of sensation beyond the symptomatic body parts indicated that the sensory abnormality could not be a consequence of abnormal learning, but is more likely a pre-existing physiological state.

Sensory dysfunction can also be demonstrated with somatosensory evoked potential (SEP) testing. The dipoles of the N20 from stimulation of individual fingers show disordered representation in the primary sensory cortex and these abnormalities are present on both hands of patients with focal hand dystonia. The bilateral SEP abnormality was the first indication in the literature that the sensory abnormality was more likely endo-phenotypic than a consequence of repetitive activity (Meunier et al., 2001). PET studies show that the sensory cortex is more activated than normal with writing and is more activated when patients are experiencing more dystonia. Voxel-based morphometry studies in patients with focal hand dystonia show an increase in gray matter in the primary sensory cortex (Garraux et al., 2004). Such observations indicate that dystonia is a sensory disorder as well as a motor disorder.

There have been other implications that sensorimotor integration is abnormal. One piece of evidence comes from evoked potential studies during a reaction time task. In this experiment, the imperative stimulus was a median nerve stimulus used to trigger the movement. In normal subjects the N30 peak is gated in the reaction time, but this does not happen in patients with focal hand dys-tonia. Other evidence comes from studies of the influence of a sensory stimulus on the MEP induced by TMS. At intervals of about 200 ms between a median nerve stimulus and the TMS, there is a normal inhibition of the MEP (called long afferent inhibition, LAI). In patients with focal hand dystonia, the inhibition is converted to facilitation. It is conceivable that a loss of inhibition in sensory systems could give rise to this abnormality so that, once again, loss of inhibition could possibly be the most fundamental disorder.

There are also data from sensory function that are compatible with loss of surround inhibition.

Portions of the text are similar to other reviews I have written, modified and updated as appropriate. Work of the US government, there is no copyright.

Byl N, Merzenich MM, Jenkins WM (1996) A primate genesis model of focal dystonia and repetitive strain injury. I. Learning-induced dedifferentiation of the representation of the hand in the primary somatosensory cortex in adult monkeys. Neurology 47: 508-520

The comprehensive new ebook All About Alzheimers puts everything into perspective. Youll gain insight and awareness into the disease. Learn how to maintain the patients emotional health. Discover tactics you can use to deal with constant life changes. Find out how counselors can help, and when they should intervene. Learn safety precautions that can protect you, your family and your loved one. All About Alzheimers will truly empower you.

Get Paid to Write at Home