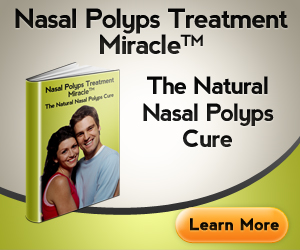 Fig. 1.30 Oncocytic Schneiderian papilloma. A Note the yellow-tan appearance and fine papillary excrescences in some of the fragments. Close inspection of the cut surface of the fragment in the top center part of the illustration shows an inverted component to the papilloma. B The epithelium is oncocytic and there are prominent intra-epithelial mucous cells, cysts and microabscesses.

Fig. 1.30 Oncocytic Schneiderian papilloma. A Note the yellow-tan appearance and fine papillary excrescences in some of the fragments. Close inspection of the cut surface of the fragment in the top center part of the illustration shows an inverted component to the papilloma. B The epithelium is oncocytic and there are prominent intra-epithelial mucous cells, cysts and microabscesses.

Inverted papillomas are composed exclusively or almost exclusively of hyperplastic ribbons of basement membrane-enclosed epithelium that grow endophytically into the underlying stroma. Infrequently, a minor exophytic component may be seen. The epithelium is multilayered, usually 5-30 cells thick, and formed of squamous or ciliated columnar (respiratory epithelial) cells admixed with mucocytes. Nonkeratinizing squamous or transitional-type epithelium tends to predominate, and is frequently covered by a single layer of ciliated columnar cells. An occasional case may be composed almost entirely of respiratory epithelium. Gradations between these two extremes are not uncommon, resulting in a transitional epithelium reminiscent of that seen in the urinary tract. All of these epithelial types may be present in the same lesion, and their proportions may vary widely in different lesions or even in different areas of the same papil-loma. Mitoses are not numerous and, if present at all, are seen primarily in the basal and parabasal epithelium. Ten to 20% of inverted papillomas may show focal surface keratinisation, and 510% varying degrees of dysplasia {127}. These are not necessarily signs of malignancy, but they should alert the pathologist of the need of thorough evaluation of the papilloma. The stroma ranges from dense and fibrous to loose and myxoid, with or without an inflammatory component. The inflammatory cells, especially neutrophils, often transmigrate through the epithelium. Basement membrane thickening is not typically seen. Normal-appearing seromucinous glands are sparse to absent, because the neoplas-tic epithelium uses the ducts and glands as scaffolds to extend into the stroma. As inverted papillomas enlarge, they may obstruct the drainage of nearby sinuses. As a result, it is not uncommon to also find ordinary nasal polyps in inverted papilloma specimens. They can usually be identified grossly by their more myxoid appearance and the fact that they will transilluminate, whereas inverted papilloma will not. Rarely, an inverted papilloma will exhibit focal surface changes reminiscent of a verruca vulgaris; that is, it shows focal papillary squamous epithelial hyperplasia with marked keratosis and/or parakeratosis, with a prominent granular cell layer, and often contains numerous vac-uolated cells suggestive of koilocytes. Although this might be a viral effect, immunohistochemical stains for HPV are invariably negative. When this change is observed, the diagnosis of "inverted papilloma with focal verrucous hyperpla-sia" is appropriate and the patient should be followed closely for possible development of carcinoma, either verrucous carcinoma or squamous cell carcinoma.

Inverted papillomas are occasionally complicated by carcinomas, especially squamous cell carcinoma and, to a much lesser extent, verrucous, mucoepider-moid, spindle and clear cell carcinomas, as well as adenocarcinomas. The incidence of malignant change in individual series of inverted papillomas has ranged from 2-27% {127}. In a collective review of 1390 inverted papillomas reported in the literature, 150 (11%) were associated with carcinoma and, of these, 61% of the carcinomas were synchronous and 39% metachronous {127}. For metachronous carcinomas, the mean interval from onset of the inverted papilloma to the development of the carcinoma is 63 months (range, 6 months to 13 years) {1477}. Carcinomas complicating inverted papilloma vary from well to poorly differentiated and exhibit a broad range of behaviour. Some are in situ and of little consequence, whereas others are locally aggressive or may even metastasize. The carcinomas may actually arise within the papilloma, as evidenced by a gradation of histological changes ranging from dysplasia to carcinoma in-situ to frankly invasive carcinoma; whereas in others, the carcinoma is merely associated with a histologically bland inverted papilloma. Staining for CD44s may be helpful in identifying a malignant component. It is diffusely expressed in typical inverted papillomas, whereas its expression is reduced or absent in the associated car-cinomatous component {1175}. There is no correlation between the number of local recurrences of an inverted papilloma and the subsequent development of carcinoma. There is some evidence, however, to suggest that HPV 16 and 18 may be more carcinogenic than HPV 6 and 11 {1334}. Preliminary data suggest that alterations in TP53, manifested by an increased protein expression or genetic mutation, can be used to predict which lesions are at risk for malignant change {715,765}.

The differential diagnoses include nasal polyp with squamous metaplasia, respiratory epithelial adenomatoid hamartoma (REAH) and invasive carcinoma. Nasal polyps with squamous metaplasia show thickening and hyalinization of the basement membrane, a prominent component of normal seromucinous glands and, often, a large number of stromal inflammatory cells. These features are typically absent in inverted papilloma. In addition, the surface epithelium of nasal polyps is thin, contains more mucocytes, and does not show the characteristic epithelial transmigration of neutrophils. In contrast to inverted papilloma, REAH occurs primarily on the posterior nasal septum rather than the lateral nasal wall and/or paranasal sinuses {2766}. REAH is also composed of numerous glands lined by respiratory epithelial cells, surrounded by thick hyalinized basement membranes, features not seen in inverted papilloma.

Invasive carcinoma can be distinguished from inverted papilloma by the presence of the following features: cellular pleo-morphism, atypical mitoses, keratin pearls, loss of basement membranes, and stromal invasion associated with an inflammatory-desmoplastic response.

Though histologically benign, they have an unlimited growth potential and, if neglected, can cause considerable morbidity or even death by extending into contiguous structures. Attempts to remove these lesions intranasally by snare and avulsion have resulted in 'recurrence' (or persistence) rates of 0-74% (average, 60%) {1442}.

The preferred treatment for most lesions is a lateral rhinotomy and medial maxil-lectomy with meticulous removal of all mucosa in the ipsilateral paranasal sinuses. With this approach, the recurrence rate is usually <20% {1442}. Selected small tumours can be effectively removed by a less aggressive approach using endoscopic sinonasal surgery. Recurrences typically appear within 2-3 years of therapy but, in some instances, are delayed for many years. Attempts to correlate histological features with risk of recurrence have resulted in conflicting data {1158,1442,2417}. Even those with prominent mitotic activity and dysplasia do not invariably show an increased recurrence or malignancy. Nevertheless, dysplasia, especially if moderate to severe, demands thorough microscopic evaluation of all resected tissue to avoid overlooking small foci of carcinoma. The association between presence of HPV and the risk of recurrence is debatable {185,839}.

A papilloma derived from the Schneiderian membrane composed of both exophytic fronds and endophytic invaginations lined by multiple layers of columnar cells with oncocytic features. Intraepithelial microcysts containing mucin and neutrophils are characteristic.

Oncocytic papilloma is equally distributed between the sexes, and the majority of the patients are aged over 50 years.

In contrast to exophytic and inverted papillomas, HPV has not been identified in oncocytic papillomas {127}.

Oncocytic papilloma almost always occurs unilaterally on the lateral nasal wall or in the paranasal sinuses, usually the maxillary or ethmoid. It may remain localized, involve both areas, or if neglected, extend into contiguous areas such as the orbit or cranial cavity.

The oncocytic papilloma exhibits both exophytic and endophytic patterns of growth. The epithelium is multilayered, 28 cells thick, and is composed of tall columnar cells with swollen, finely granular cytoplasm reminiscent of oncocytes. The high content of cytochrome c oxidase and presence of numerous mitochondria ultrastructurally clearly establish their oncocytic character {129}. The nuclei are either small dark and uniform or slightly vesicular with barely discernible nucleoli. Cilia in varying stages of regression may be observed in a few of the outermost cells. The epithelium characteristically contains numerous small cysts filled with mucin or neutrophils (microabscesses). The stroma varies from edematous to fibrous, and may contain modest numbers of lymphocytes, plasma cells, and neutrophils, but few eosinophils. Seromucinous glands are sparse to absent.

Four to 17% of all oncocytic papillomas harbour a carcinoma {1158,1266,1611, 2723}. Most of these are squamous, but mucoepidermoid, small cell and sinonasal undifferentiated carcinomas have also been described. As in inverted papilloma, the carcinoma complicating oncocytic papilloma may arise within the papilloma, as evidenced by a gradation of histologic changes ranging from dysplasia to in situ to invasive carcinoma, or it may only be associated with the papilloma. Prognosis depends on the histologic type, degree of invasion, and the extent of tumour. In some instances, the carcinoma is in situ and of little consequence to the patient, whereas others are locally aggressive and may metastasize.

The intraepithelial mucin-filled cysts of an oncocytic papilloma are often mistaken for rhinosporidiosis. In rhinosporidiosis, the organisms are not limited to the epithelium but also involve stroma, and do not induce a diffuse oncocytic change.

nocarcinoma. The presence of intact basement membranes and absence of infiltrative growth are features that indicate a benign lesion. In addition, the presence of intraepithelial mucin-filled cysts and microabscesses and the stratified oncocytic epithelium of a papilloma are rarely seen in a low-grade adenocar-cinoma.

The clinical behaviour parallels that of the inverted papilloma. If inadequately excised, at least 25-35% will recur, usually within 5 years. Smaller tumours can be resected endoscopically.

A papilloma derived from the Schneiderian membrane composed of papillary fronds with delicate fibrovascu-lar cores covered by multiple layers of epithelial cells.

There is increasing evidence to suggest that exophytic papillomas may be etio-logically related to HPV, especially types 6 and 11, rarely types 16 and 57b. In a collective review of exophytic papillomas evaluated for the presence of HPV by in situ hybridization and/or the polymerase chain reaction, about half of the cases were HPV positive {131}.

Exophytic papillomas arise on the lower anterior nasal septum with no significant lateralization. As they enlarge, they may secondarily involve, but only infrequently originate from the lateral nasal wall.

Involvement of the paranasal sinuses is practically non-existent. Bilateral lesions are exceptional.

Epistaxis, unilateral nasal obstruction, and the presence of asymptomatic mass are the typical presenting symptoms. On physical examination, they appear as papillary or warty, grey, pink or tan, non-translucent growths attached to the nasal septum by a relatively broad base.

Most exophytic papillomas range up to about 2 cm. Microscopically, they are composed of papillary fronds with fibrovascular cores covered by epithelium, 5-20 cells thick, that vary from squamous to transitional (intermediate) to ciliated pseudostratified columnar (respiratory). Scattered mucocytes are common. Surface keratinization is absent or scant, unless the lesion has been irritated or if the papilloma is unusually large and hangs into the nasal vestibule, where it is exposed to the drying effect of air. Mitoses are rare and never atypical. Unless infected or irritated, the stroma contains few inflammatory cells.

Exophytic papillomas must be distinguished from the much more common, keratinizing cutaneous papillomas (e.g. verruca vulgaris) occurring in the nasal vestibule. The lack of extensive surface keratinization, presence of mucocytes, and presence of ciliated and/or 'transitional' epithelium help to confirm a diagnosis of exophytic papilloma. The presence of seromucinous glands and septal cartilage further indicate that the lesion is of mucosal rather than cutaneous origin.

Complete surgical excision is the treatment of choice. Inadequate excision rather than multiplicity of lesions probably accounts for the local recurrence of 22-50% {1158,1908}.

This brilliant guide will teach you how to cook all those delicious recipes for people who have diabetes.