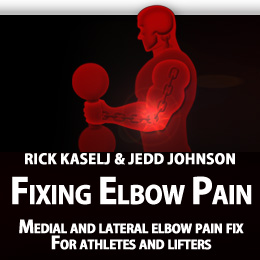 Lateral elbow instability is most commonly a posttrau-matic condition. In most instances, the injury involves a combination of axial compressive, external rotatory, and valgus forces applied to the elbow.3,4 Researchers also have proposed varus extension as a mechanism of injury.1 It also may have an iatrogenic origin, because this instability has been reported following overly aggressive de-bridement of the lateral soft tissues for recalcitrant lateral epicondylitis, or tennis elbow.1,5

This instability pattern involves rotatory subluxation of the elbow without dislocation. The proximal radioul-nar relationship remains undisturbed. The proximal radius and ulna subluxate as a unit, resulting in lateral gaping at the ulnohumeral joint and posterior translation of the radial head in relation to the capitellum. This result occurs primarily when the elbow is loaded in supination, which places stress on the lateral soft tissues opposing the posterolateral subluxation of the proximal forearm. The instability is greatest at approximately 40° of elbow flexion and reduces with forearm pronation and elbow flexion.

Both ligamentous and musculotendinous restraints are responsible for stabilizing the relationship between the proximal forearm and humerus. Researchers recently have elucidated the anatomy and functional contribution of these structures.6 The radial collateral ligament originates along the base of the lateral epicondylar teardrop. It extends distally and blends with the annular ligament to form a broad, common insertion onto the proximal ulna along the supinator crest.6,7 The proximal margin of this conjoined ligamentous insertion is at the most proximal aspect of the radial head. The insertion spans distally approximately 2 cm in either a single or bilobed fashion (Fig. 8.1).6 The fibers of the supinator cross obliquely from distal to proximal over this ligamentous complex. The extensor muscles of the lateral portion of the elbow cover this deep tissue layer (Fig. 8.2).

The lateral collateral and annular ligament complex represents the primary restraint to posterolateral elbow instability. This structure maintains the ulnohumeral and radiocapitellar joints in a reduced position when the elbow is loaded in supination. Principal secondary restraints of the lateral elbow consist of the extensor muscles with their fascial bands and intermuscular septa.6 By virtue of their course alone, the extensor muscles serve to independently support the forearm unit from laterally rotating away from the humerus. In supination, they provide a static and dynamic vector supporting the lateral

portion of the joint. An additional stout intermuscular septum between the extensor digitorum communis and extensor digiti quinti muscular compartments (which defines the axis of rotation of the elbow) tightens in forearm supination, providing further lateral support.6

The extensor carpi ulnaris is the most proximal of the extensor muscles and thus has the best mechanical advantage in supporting the proximal forearm. This muscle has a consistent fascial band on its undersurface that originates at the inferior epicondyle and inserts onto the ulna approximately 5 cm distal to the radial head (Fig. 8.3).6,8-10 The extensor carpi ulnaris fascial band becomes taut in supination and, with the extensor tendon origins and septa, it can provide significant lateral elbow support.6

Clinically, posterolateral elbow rotatory instability requires insufficiency of both the ligamentous and muscu-lotendinous origins about the lateral elbow. Both clinical and experimental studies show that the most common mechanism of injury involves proximal attenuation or avulsion of these structures from the lateral epicondyle during a traumatic injury.6,11-14

Everything you wanted to know about. How To Cure Tennis Elbow. Are you an athlete who suffers from tennis elbow? Contrary to popular opinion, most people who suffer from tennis elbow do not even play tennis. They get this condition, which is a torn tendon in the elbow, from the strain of using the same motions with the arm, repeatedly. If you have tennis elbow, you understand how the pain can disrupt your day.