Viruses Are the Ultimate Parasites 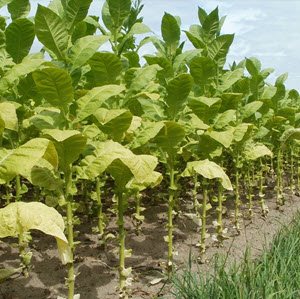 Virus-caused diseases are numerous and all too familiar: chicken pox, influenza, some types of pneumonia, polio, measles, rabies, hepatitis, the common cold, and many others. Smallpox, once a worldwide scourge, was eradicated by a decade-long global immunization effort beginning in the mid-1960s. Viral infections in plants (e.g., dwarf mosaic virus in corn) have a major economic impact on crop production. Planting of virus-resistant varieties, developed by traditional breeding methods and more recently by genetic engineering techniques, can reduce crop losses significantly. Most viruses have a rather limited host range, infecting certain bacteria, plants, or animals (Figure 1-6).

Because viruses cannot grow or reproduce on their own, they are not considered to be alive. To survive, a virus must infect a host cell and take over its internal machinery to synthesize viral proteins and in some cases to replicate the viral genetic material. When newly made viruses are released, the cycle starts anew. Viruses are much smaller than cells, on the order of 100 nanometer (nm) in diameter; in comparison, bacterial cells are usually >1000 nm (1 nm= 10"9 meters). A virus is typically composed of a protein coat that encloses a core containing the genetic material, which carries the information for producing more viruses (Chapter 4). The coat protects a virus from the environment and allows it to stick to, or enter, specific host cells. In some viruses, the protein coat is surrounded by an outer membrane-like envelope.

The ability of viruses to transport genetic material into cells and tissues represents a medical menace and a medical opportunity. Viral infections can be devastatingly destructive, causing cells to break open and tissues to fall apart. However, many methods for manipulating cells depend upon using

Mating between haploid cells of opposite mating type

▲ FIGURE 1-6 Viruses must infect a host cell to grow and reproduce. These electron micrographs illustrate some of the structural variety exhibited by viruses. (a) T4 bacteriophage (bracket) attaches to a bacterial cell via a tail structure. Viruses that infect bacteria are called bacteriophages, or simply phages. (b) Tobacco mosaic virus causes a mottling of the leaves of infected tobacco plants and stunts their growth. (c) Adenovirus causes eye and respiratory tract infections in humans. This virus has an outer membranous envelope from which long glycoprotein spikes protrude. [Part (a) from A. Levine, 1991, Viruses, Scientific American Library, p. 20. Part (b) courtesy of R. C. Valentine. Part (c) courtesy of Robley C. Williams, University of California.]

viruses to convey genetic material into cells. To do this, the portion of the viral genetic material that is potentially harmful is replaced with other genetic material, including human genes. The altered viruses, or vectors, still can enter cells toting the introduced genes with them (Chapter 9). One day, diseases caused by defective genes may be treated by using viral vectors to introduce a normal copy of a defective gene into patients. Current research is dedicated to overcoming the considerable obstacles to this approach, such as getting the introduced genes to work at the right places and times.