The therapeutic indications for the psychomotor stimulants are quite limited. They are beneficial in the treatment of the hyperkinetic syndrome (attention deficit-hyperactivity disorder with minimal brain dysfunction). This is generally a childhood disease characterized by hyperactivity, inability to concentrate, and impulsive behavior. Amphetamines and the more extensively used methylphenidate paradoxically are quite effective in calming a large proportion of children with this disorder. Pemoline (Cylert) is also used in the treatment of attention deficit disorder with hyperkinetic behavior. The mechanism by which these compounds are effective in this disorder is not known.

Narcolepsy is another medically recognized indication for the use of the psychomotor stimulants. This disorder is characterized by sleep attacks, particularly during the day, sudden loss of muscle tone (cataplexy), sleep paralysis, and vivid visual and auditory nightmares that may persist into the waking state. Drugs that influence the central action of adrenomimetic amines re markably affect narcolepsy. Monoamine oxidase inhibitors (e.g., selegiline) and amphetamines are both quite effective in preventing sleep attacks and improving cataplexy. Modafinil (Provigil) is a nonampheta-mine compound whose mechanism of action is not known but that has been shown to be successful in the treatment of narcolepsy. However, amphetamine and methylphenidate are still considered among the drugs of choice in this disorder.

Previously, another use of the amphetamines and other centrally acting adrenomimetics has been in the management of obesity and weight reduction. Although the amphetamines have a significant anorexic effect, tolerance to this action develops within a few weeks. In addition, insomnia restricted their use during the latter part of the day. The combined drawbacks of the development of tolerance and potential for drug abuse have convinced much of the medical community that the use of amphetamines in weight control is inappropriate.

Announcing an important message for parents. Has Your Child Been Diagnosed With ADHD Is Coping With Your Child's Behavior Wearing You Out Are You Tired of Searching For Answers 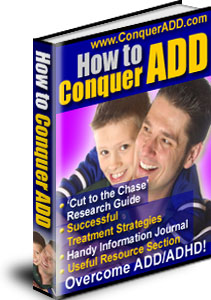