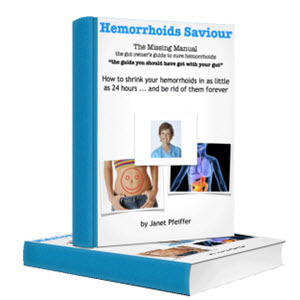 Obstetric trauma is the most important etiologic factor in the pathogenesis of fecal incontinence in women. There is evidence that hormonal changes during pregnancy lead to smooth muscle relaxation attributed to progesterone. Relaxin is an ovarian hormone that peaks late during pregnancy and leads to connective tissue remodeling in the pelvic floor.23 With parturition, there is stretching of the levators, stretching and tearing of the rectovaginal septum, stretching of the vaginal wall, and compression of the pudendal nerves against the pelvic side wall. All these factors may contribute to fecal incontinence.

A published study by Sultan et al.24 revealed anal sphincter defects in 30% to 40% of asymptomatic postpartum females. Fortunately, the minority of these patients were symptomatic (32%). However, these patients may become symptomatic later in life or with subsequent vaginal deliveries. In addition, pudendal nerve injury documented by electromyography has been demonstrated in 42% of post-partum females by Snooks et al.25,26 Sixty percent of these patients recovered nerve function 2 months after delivery, but 40% did not. Four percent of 906 postpartum women in a study by MacArthur et al.27 reported new symptoms of incontinence after childbirth. Sultan et al.28 showed a 1% incidence of frank fecal incontinence and a 25% incidence of decreased flatal control at 9 months' follow-up after vaginal delivery.

The incidence of sphincter injury is higher in patients with perineal tears. Up to 25% of patients developed fecal incontinence symptoms after a third degree tear in a study by Wood et al.29 Third degree tears, involving the sphincter muscle, occur in approximately 0.6% of all vaginal deliver-ies.30 Repairs of sphincter defects by obstetricians at the time of injury have shown variable results with up to 85% of patients having persistent sphincter defects after repair. These repairs were performed with figure-of-8 in an end-to-end manner.30 Overlapping repairs have shown better results with only a 15% incidence of persistent sphincter defects.31 Other studies, however, have not supported these results. A study by Fitzpatrick et al.32 showed no significant difference in outcome by either method of repair.

Although vaginal delivery is probably the most common cause of fecal incontinence, there are several other less common causes. Other traumatic etiologies include surgery for perianal fistula (with an incidence up to 34%), sphincterotomy for fissure, or hemorrhoids.37 Pelvic fractures or direct anal trauma are other traumatic causes. Infiltration of the nerves and/or muscles by neoplastic processes can also result in incontinence. Congenital anorectal malformations or the surgery performed to correct them account for a small percentage of fecal incontinence. Patients with a postsurgery for imperforate anus have an incidence of incontinence up to 47% in some series.38 Idiopathic causes in which there is pelvic floor denervation or dysfunctional, yet intact, musculature account for a significant proportion of fecal incontinence, especially in the elderly population. Etiologies include incontinence associated with rectal prolapse, chronic straining at stool, or other neurologic dysfunction. Specific neurologic causes may include multiple sclerosis, spinal cord injury, or diabetes in which there may be up to a 9% incidence of fecal incontinence secondary to autonomic neuropathy.39

Regardless of the etiology, the prevalence of bowel dysfunction in pelvic floor disorders can be significant. For many of these problems, treatment is available but not always satisfactory. As our understanding of these disorders improves, more successful and more durable treatments will likely develop. Patient and physician education, as well as early intervention, can often make a sizable dif ference in outcome resulting in a true understanding of the incidence of these problems as well as improved results of therapy.

Did you ever think feeling angry and irritable could be a symptom of constipation? A horrible fullness and pressing sharp pains against the bladders can’t help but affect your mood. Sometimes you just want everyone to leave you alone and sleep to escape the pain. It is virtually impossible to be constipated and keep a sunny disposition. Follow the steps in this guide to alleviate constipation and lead a happier healthy life.