The application of traditional vicarious liability rules renders employers vicariously liable for the acts of their employees when performed in the scope of their employment (93). Thus, when Norman Munnal killed a woman when he fell asleep at the wheel of a tractor-trailer while driving for his trucking company employer, it was W.L. Logan Trucking Company that faced liability for its driver's acts (94). The trucking company invoked Ohio's version of the "sudden blackout" doctrine to defend Munnal's conduct (95). The employer alleged that it was the driver's "sudden unconsciousness" that caused the truck to move left of center, and that Munnal cannot be liable for losing control under these circumstances (95).

As we have seen, the sudden blackout defense fails if defendant knew that consciousness loss was likely to occur or was otherwise foreseeable (95). Munnal testified that he had a propensity to fall asleep at unpredictable times and that he had fallen asleep at the wheel at least once before (96). A sleep test ordered after the accident revealed that he suffered from severe OSA (96). At trial, Munnal's sleep disorders specialist opined that many sleep apnea patients engage in automatic behavior, such as driving, while unknowingly unconscious (97). The expert distinguished automatic behavior from fainting following a sudden blackout, and opined that distance truck driving was not the right profession for someone with untreated sleep apnea (96).

Even though Munnal testified that he had no knowledge of his sleep apnea before the accident (96), the court ruled that the employee driver was aware of his excessive fatigue and propensity to falling asleep at inopportune times (98). Because of this prior knowledge, the court held Munnal negligent for failing to operate the truck in a safe manner, and further found Munnal's employer trucking company liable for the driver's acts while in the scope of his employment (98). Under the rule in this case, employers' risk management programs would likely benefit from an employee OSA screening and therapy compliance program for employees working at safety-sensitive tasks such as driving.

Employers are also exposed to allegations of direct liability if they negligently hire persons with OSA and entrust vehicles to them. To prevail on these direct liability allegations, the injured party must prove that the employee's fatigue was due to the disease, was known to the employer, and proximately caused the accident leading to damages (99).

The legal question in such circumstances is whether the employer owes a duty to control the off-duty conduct of its employee. Although the general rule is that employers owe no duty to third parties for the off-duty acts of their employees, (101) at least one court has re-fashioned tort principles to find an employer liable for accidents caused by employees presumably fatigued due to over-scheduling by their employer (102). The same result obtains on similar facts under workmen's compensation law (103).

Who Else Wants To Sleep From Lights Out 'Til Sunrise Without Staring At The Ceiling For Hours Leaving You Feeling Fresh And Ready To Face A New Day You know you should be asleep. You've dedicated the last three hours in the dark to trying to get some sleep. But you're wide awake. 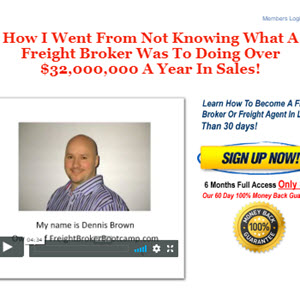