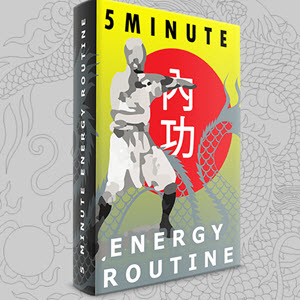 A number of specific somatic syndromes have been described over the last several decades. These specific syndromes are sometimes defined by the particular somatic symptoms experienced (e.g. fibromyalgia, irritable bowel syndrome, chronic fatigue syndrome) and sometimes by particular beliefs about aetiology (e.g. multiple chemical sensitivity, systemic candidiasis, electrical allergy). In every case, controversy persists about whether the somatic symptoms should be considered 'medically unexplained' (that is to say a somatoform disorder). Community surveys suggest that non-specific symptoms (such as fatigue or diffuse musculoskeletal pain) are common, but that the prevalence of strictly defined syndromes (such as fibromyalgia or chronic fatigue syndrome) varies considerably with the criteria applied/4 d546 aDd 47> Most of these syndromes appear more often in women than in men.(4 ,49) Both community(4 l95.0) and primary care surveys^1.) have found several of these syndromes to be associated with anxiety and depressive symptoms. However, two studies of chronic fatigue(52,) and irritable bowel(53> symptoms found that psychological distress was associated with seeking care for somatic symptoms rather than the presence or nature of the somatic symptoms themselves.

'Body dysmorphic disorder' has recently been identified as a distinct clinical entity. The limited epidemiological data available suggest significant overlap with anxiety and depressive disorders. (54,55> Prevalence is probably less than 1 per cent among unselected primary care patients, (1..9 but may be greater than 5 per cent among patients seeking cosmetic surgery.(56

Limited epidemiological data are available concerning dissociative and conversion-type somatoform disorders. As with other varieties of unexplained somatic symptoms, these disorders appear to be more common among women.(57> Some evidence suggests that these conditions have declined in prevalence. (57> While many sources report that these conditions are more common in non-Western or developing countries, available epidemiological data do not necessarily support this view.(1.1>

No systematic data are available regarding the epidemiology of factitious disorders. The available data include numerous case reports and a small number of case series—typically drawn from medical inpatient or medical specialty settings. Because the syndrome is defined by deception, it is likely that a large proportion of cases go undetected.

How To Win Your War Against Anxiety Disorders

Tips And Tricks For Relieving Anxiety... Fast Everyone feels anxious sometimes. Whether work is getting to us or we're simply having hard time managing all that we have to do, we can feel overwhelmed and worried that we might not be able to manage it all. When these feelings hit, we don't have to suffer. By taking some simple steps, you can begin to create a calmer attitude, one that not only helps you feel better, but one that allows you the chance to make better decisions about what you need to do next.