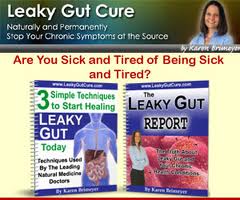 Based on Pasteur's work on the microbial nature of fermentation, it was widely believed that the presence of bacteria in the intestine was essential for the life of the host (Leidy, 1849). However, Metchnikoff (1903, 1908) tended to regard the intestinal flora as hostile, inducing toxemia in the host, and proposed that the process of premature aging could be prevented by altering the intestinal microbiota. Surprisingly, this doctrine found a fertile ground in the early 20th century and drastic forms of treatment, including high enemas or even therapeutic colectomies, were used to prevent intestinal autointoxication (Lane, 1926). On the other hand, many workers devoted themselves to determining whether life could be maintained with a sterile intestinal tract. One of the first was Schottelius (1899), who was able to rear chicks under sterile conditions. Nuttal and Thierfelder (1895) achieved some success with mammals: they removed embryonic guinea pigs by cesarean section and maintained them uncontaminated for several weeks. The conclusion was that bacteria in the intestinal tract were not necessary for mammalian life, when an appropriate diet was provided. Cohendy (1912) finally showed that "prolonged" life was possible in the absence of gut bacteria by rearing chicks for up to 40 days under germfree (GF) conditions.

Contemporary approaches were motivated by the belief that GF animals were invaluable tools for discrimination of genetically determined immune mechanisms, spontaneously available, from those induced by environmental antigens, especially intestinal microflora (for review see Sterzl et al., 1987). This belief was supported by experiments done in many countries using guinea pigs: Glimstedt in Sweden (1932); Reyniers (1932) at the Lobund Institute, United States; and Miyakawa et al. (1958) in Japan. It was found that the wasting syndrome, which developed in thymec-tomized newborns, could be ameliorated by raising the altered animals under conditions that prevented intestinal colonization.

It has also been known for decades that gut commensal microbes colonizing the neonatal mammal effect the activation and development of the systemic immune system, especially to increase circulating specific and "natural" antimicrobial antibodies (Tlaskalova et al., 1970; Carter and Pollard, 1971; Berg and Savage, 1975; Kim, 1979; Tlaskalova-Hogenova and Stepankova, 1980). Piglets were chosen because they displayed considerable fetal insulation, provided by a six-layered epithelial-chorial placenta. This barrier is impermeable not only to cells but also to larger protein molecules such as immunoglobulins (Ig) (Sterzl and Silverstein, 1967), and passive maternal antibodies are obtained after birth with early suckling of colostrum. Newborns were delivered into sterile bags and transferred into a laminar flow room containing sterilized cages (Travnicek et al., 1975). Similar approaches have proved effective for obtaining and maintaining GF rats, mice, and rabbits (Gustafsson, 1948; Carter and Pollard, 1971; Berg and Savage, 1975; Tlaskalova-Hogenova and Stepankova, 1980). Of these GF mammalian models, only piglets can be deprived of colostrums and milk and denied any passive immunity via maternal antibodies. Without the passive protection provided by the colostrum, piglets exposed to normal environmental microbes or artificially colonized with a "nonpathogenic" Escherichia coli die in 48 to 72 hours of bacterial septicemia (Trnka et al., 1959). However, such colostrum-deprived, sterile piglets can be maintained under GF conditions with an appropriate diet.

Professor Joseph Leidy (1849) wrote that "from the opinion so frequently expressed that contagious diseases and some others might have their origin and reproductive character through the agency of cryptogamic spores ... I was led to reflect upon the possibility of plants of this description existing in healthy animals, as a natural condition; or at least, apparently so, as in the case of Entozoa." Leidy reasoned that the wet epithelial surfaces of the body could provide a rich culture medium for commensal microbes. Perhaps the first systematic analyses of these commensal microbes were provided by Schaedler, Dubos, and their coworkers (Schaedler et al., 1965a,b; Dubos et al., 1965). They stated that "mice and other mammals normally harbor an extensive bacterial flora, not only in the large intestine, but also in the stomach and small intestine. Although this flora plays an essential role in the development and well being of its host, its exact composition is not known" (Schaedler et al., 1965a). Unfortunately, their final lament is still true. However, the three seminal papers of Schaedler, Dubos, and coworkers offered the first comprehensive characterization of a portion of the gut microflora (using both aerobic and anaerobic in vitro culture) and employing the very models we still depend on today to assess the interactions of gut microbes with the gut-associated lymphoid tissue (GALT)—the natural colonization of neonates and the deliberate colonization of axenic (GF) mice with particular gut commensal bacteria.

Shortly after the gut lamina propria of several mammalian species (humans, rabbits, rats, and mice) was found to contain an abundance of secretory plasma cells (Crabbe et al., 1965; Crandall et al., 1967; Pierce and Gowans, 1975; Cebra et al., 1977), most of which made IgA, it was noted that both GF adult mice (Crabbé et al., 1970) and neonatal mice (for review see Parrott and MacDonald, 1990) had a paucity of such cells. Thus, the absence of gut microbes seemed to forestall the natural development of the abundant population of IgA plasma cells normally present in gut lamina propria. As early as 1968, Crabbé et al. (1968) were able to demonstrate that colonization of formerly GF mice with normal intestinal flora could stimulate the development of IgA plasma cells to normal levels within 4 weeks; furthermore, they showed that oral administration of the protein antigen ferritin to GF mice led to the appearance of antigen-specific IgA plasma cells in gut lamina propria (Crabbé et al., 1969). Pollard made the significant observations that Peyer's patches of GF mice contained mainly "primary" (quiescent) B-lymphoid follicles, but that some enteric bacteria could activate germinal center (GC) reactions, whereas others were less effective (Pollard and Sharon, 1970; Carter and Pollard, 1971). Pollard and Sharon (1970), Foo and Lee (1972), and Berg and Savage (1975) all agreed that some enteric bacteria were more effective than others in stimulating the development of specific circulating antibodies. Thus, they tend to support the notion of autochthonous versus normal gut microbiota.

Coincident with these observations, in 1971, Peyer's patches were found to be sites for the preferred generation and accumulation of precursors for IgA plasma cells (Craig and Cebra, 1971), which could immigrate to and selectively populate all mucosal tissues (Cebra et al., 1977). Thus, it became relevant to link the development of specific, IgA-committed B cells in Peyer's patches to the appearance and accumulation of specific IgA plasmablasts in the gut lamina propria or elsewhere in mucosal tissues and to try to implicate particular gut microbes as effective stimuli of these perturbations.