Healthcare providers and public health officials prevent and treat viral diseases through vaccination, vector control, and drug therapy. So far, the first two measures have been the most successful.

A vaccine is a solution that contains a harmless version of a virus, bacterium, or a toxin that causes an immune response when introduced to the body. Vaccination is a highly effective way to prevent viral infection. Viral vaccines can be made from inactivated viruses, attenuated viruses, or parts of the viral coat. An inactivated virus is not able to replicate in a host. An attenuated virus is a weakened form of the virus that cannot cause disease. In general, attenuated viruses provide greater protection from disease. Vaccines against measles, mumps, rubella, polio, hepatitis A and B, and chickenpox have greatly reduced the incidence of these diseases. The genetic diversity of HIV makes the development of an AIDS vaccine a difficult task. Educating people about HIV transmission is currently the best approach to slowing the spread of AIDS.

Smallpox once killed 40 percent of the people it infected, leaving survivors scarred and often blind. The smallpox virus is a DNA virus that is spread by nasal droplets from sneezing or coughing. Symptoms include fever, headache, backache, and development of a lumpy skin rash, shown in Figure 24-9. The World Health Organization (WHO) began a smallpox eradication program in 1967 through vaccination and the quarantine of sick people. The last naturally acquired smallpox case occurred in Somalia in 1977. In 1980, WHO declared that smallpox had been eradicated in nature.

Several kinds of antiviral drugs interfere with viral nucleic acid synthesis. Unfortunately, the number of antiviral drugs is small compared to that of drugs that treat bacterial, fungal, and parasitic infections. Because viruses use host cells in their life cycles, it is difficult to design a drug that blocks the virus but doesn't harm cells. The drug acyclovir (ay-SIE-kloh-viR) blocks the DNA polymerase of herpes viruses and chickenpox virus. Such drugs do not destroy a given virus but allow time for the body to build up an immune response to the virus.

MARINE VIRUSES: What Is Their Role?

In the early 1990s, marine biologists discovered something startling: every milliliter of sea water contains millions of virus particles. Prokaryotic marine organisms, such as cyanobacteria, and eukaryotic protist producers form the base of nearly all marine food chains. These tiny organisms, or phyto-plankton, fix most of Earth's carbon and release most of its oxygen annually. The discovery of so many virus particles in sea water raised immediate questions: Do the viruses infect the phytoplankton and keep their numbers in check? How do viruses affect food chains and carbon and oxygen cycles? How must biologists factor marine viruses into their models for ocean ecosystems? Do any of these viruses pose a health risk to humans?

The Role of Marine Viruses

Since the 1990s, scientists have learned more about marine viruses. For example, Lita Proctor of the University of California at Los Angeles carried out pioneering studies on marine viruses.

Using electron microscopy, Proctor discovered that many marine viruses live on or in host cells and float freely only after their cellular hosts die.

Marine ecologist Curtis Suttle and his colleagues at the University of British Columbia identified specific types of marine viruses and their activities. Suttle used antibodies labeled with a fluorescent dye to identify particular viruses and their host cells. Suttle discovered that many types of marine viruses infect cells in phytoplankton and stop photosynthesis. He tried removing specific types of viruses to protect their hosts. However, Suttle found that the rest of the phytoplankton in the water sample stopped growing! Apparently, the other organisms depended on the nutrients released when the viruses killed their hosts.

Suttle also found that viral infection seems to be a constant occurrence in phytoplankton—about 20 percent of the organisms are killed by viruses at any given time.

Fluorescent dyes allow scientists to see viruses in marine waters. The small dots in the photo are viruses; the larger, brighter dots are bacteria.

Suttle's studies helped show that marine viruses are an important part of the carbon cycle and other ecological interactions.

The Search for Marine Viruses That Infect Humans

Researchers have used the tools of molecular genetics to search the waters around many coastal cities for viruses known to cause human disease. Sewage dumped into the oceans contains many kinds of pathogenic viruses. So far, poliovirus, hepatitis A, and possibly HIV have been found in sea water. However, scientists are unsure whether these submerged viruses can infect swimmers.

Marine viruses are clearly important, but the study of them is in its infancy. At this point, researchers can culture only about 2 percent of phyto-plankton, so the study of marine viruses is hampered in this very basic way.

How To Bolster Your Immune System 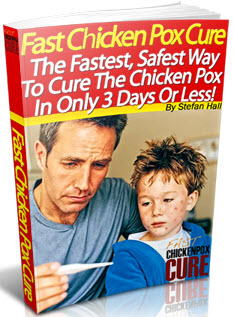