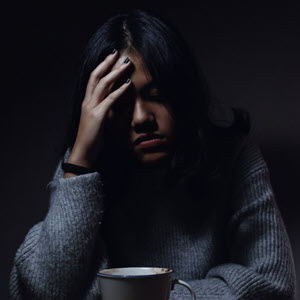 In the mid-1970s, studies of a group of cases in Lyme, Connecticut, led to the recognition of Lyme disease as a distinct entity. It was not until 1982 that the cause was first identified, in ticks from New York State, by Dr. Willy Burgdorfer at the Rocky Mountain Laboratories, National Institute of Allergy and Infectious Diseases, in Hamilton, Montana. We now know that Lyme disease was present in many areas of the world long before its identification at Lyme. The ecology of the disease is complex and still incompletely understood, but we are beginning to get some answers as to why the disease has increased and extended its range.

Symptoms of Lyme disease can be divided roughly into three stages, although individual patients may lack symptoms in one or more of the three.

■ The first stage typically begins a few days to several weeks after a bite by an infected tick. It is characterized by a skin rash called erythema migrans (figure 22.12) and enlargement of nearby lymph nodes. The rash begins as a red spot or bump at the site of the tick bite and slowly

Figure 22.11 Denmacentor andersoni. the Wood Tick The wood tick is the principal vector of Rocky Mountain spotted fever in the western United States.

Figure 22.11 Denmacentor andersoni. the Wood Tick The wood tick is the principal vector of Rocky Mountain spotted fever in the western United States.

Figure 22.12 Erythema Migrans, the Characteristic Rash of Lyme Disease The rash usually has a targetlike or bull's-eye appearance. It generally causes little or no discomfort.While highly suggestive of Lyme disease, many victims of the disease fail to develop the rash.

Figure 22.13 Scanning Electron Micrograph of Borrelia burgdorferi, the Cause of Lyme Disease

Figure 22.13 Scanning Electron Micrograph of Borrelia burgdorferi, the Cause of Lyme Disease enlarges to a median diameter of 15 cm (about 6 inches). The advancing edge is bright red, while the redness of the central portion fades as the lesion enlarges. About half of these cases develop smaller satellite lesions that behave similarly. The characteristic rash is the hallmark of Lyme disease but is present in only two-thirds of the cases. Most of the other symptoms that occur during this stage are influenza-like—malaise, chills, fever, headache, stiff neck, joint and muscle pains, and backache.

■ Symptoms of the second stage generally begin 2 to 8 weeks after the appearance of erythema migrans and involve the heart and the nervous system. Electrical conduction within the heart is impaired, leading to dizzy spells or fainting, and a temporary pacemaker is sometimes required to maintain a normal heartbeat. Involvement of the nervous system can cause one or more of the following symptoms: paralysis of the face, severe headache, pain when moving the eyes, difficulty concentrating, emotional instability, fatigue, and impairment of the nerves of the legs or arms.

■ The symptoms of the third stage are characterized by arthritis, manifest as joint pain, swelling, and tenderness, usually of a large joint such as the knee. These symptoms develop in 60% of untreated cases, beginning on the average 6 months after the skin rash, and slowly disappear over subsequent years. Chronic nervous system impairments such as localized pain, paralysis, and depression can occur.

Lyme disease is caused by Borrelia burgdorferi, a large microaerophilic spirochete (figure 22.13), 11 to 25 mm in length, with a number of axial filaments wrapped around its body and enclosed in the outer sheath of the cell wall. Surprisingly, the Borrelia genome is linear and present in multiple copies, completely unlike E. coli and most other prokaryotes, which have a single copy of a circular chromosome. The organism also contains plasmid-like elements, both circular and linear, peculiar in that they contain genes usually found on bacterial chromosomes. These findings may lead to an understanding of how B. burgdorferi can infect such widely differing species as mice, lizards, and ticks. ■ spirochetes, p. 289 ■ microaerophilic conditions, p. 94

The spirochetes are introduced into the skin by an infected tick, multiply, and migrate outward in a radial fashion. The cell walls of the organisms cause an inflammatory reaction in the skin, which produces the expanding rash. The host's immune response is initially suppressed, allowing continued multiplication of the spiro-chete. The organisms then enter the bloodstream and become disseminated to all parts of the body but generally do not cross the placenta ofpregnant women. Wide dissemination ofthe organisms accounts for the influenza-like symptoms of the first stage. After the first few weeks, an intense immune response occurs, and thereafter, it becomes very difficult to recover B. burgdorferi from blood or body tissues. The immune response against the bacterial antigens is probably responsible for the symptoms of the second stage. The third stage of Lyme disease is characterized by arthritis, and the affected joints have high concentrations of highly reactive immune cells and immune complexes. The joint and chronic nervous system symptoms of the third stage probably result from immune responses against persisting bacterial antigens, but evidence suggests a role for autoimmunity in some cases.

Like Rocky Mountain spotted fever, Lyme disease is a zoono-sis, and humans are accidental hosts. The disease is widespread

in the United States (figure 22.14), and its incidence depends on complex factors that place humans and infected ticks in close proximity. Several species of ticks have been implicated as vectors, but the most important in the eastern United States is the black-legged tick, Ixodes scapularis (figure 22.15). In some areas of the East Coast, 80% of these ticks are infected with Borrelia burgdorferi. Because of their small size (1-2 mm before feeding; 3-5 mm when fully engorged with blood), these ticks often feed and drop off their host without being detected, so that two-thirds of Lyme disease patients are unable to recall a tick bite. The ticks mature during a 2-year cycle (figure 22.16). A six-legged larval form emerges from the egg. After growing, it molts, shedding its outer covering to become an eight-legged form called a nymph. After another molt as the tick grows in size, the nymph becomes the sexually mature adult form. The nymph avidly seeks blood meals and is therefore mainly responsible for transmitting Lyme disease. The preferred host of I. scapularis is the white-footed mouse, which acquires Borrelia burgdorferi from an infected tick and develops a sustained bac-teremia (meaning the bacteria circulate in the mouse's bloodstream for long periods of time). The mouse thus becomes a source of infection for other ticks. Passage of the spirochete from adult tick to its offspring via its eggs rarely occurs. Infected ticks and mice constitute the main reservoir of B. burgdorferi, but deer, while not a significant reservoir, are important because they are the preferred host of the adult ticks and the site where mating occurs. Moreover, deer can quickly spread the disease over a wide area. Tick nymphs are the most active from May to September, corresponding to the peak occurrence of Lyme disease cases. Adult ticks sometimes bite humans late in the season and transmit the disease. Infectious ticks can be present in well-mowed lawns as well as in wooded areas. Expanding human populations continually intrude into the zoonotic life cycle. ■ reservoirs, p. 486

General preventive measures for Lyme disease are the same as those for Rocky Mountain spotted fever. A recombinant vaccine produced in E. coli is no longer marketed. Persons are advised to use every other means to avoid infection. Several antibiotics are effective in patients with early disease. In late disease, the response to treatment is less satisfactory, presumably because the spirochetes are not actively multiplying and antibacterial medications are usually ineffective against non-growing bacteria. Nevertheless, prolonged treatment with intravenous ampicillin or ceftriaxone has been curative in many cases.

Figure 22.15 The Black-Legged Tick, Ixodes scapularis, Adult and Nymph This tick is the most important vector of Lyme disease in the eastern and north-central United States.

Figure 22.15 The Black-Legged Tick, Ixodes scapularis, Adult and Nymph This tick is the most important vector of Lyme disease in the eastern and north-central United States.

Figure 22.16 Life Cycle of the Black-Legged Tick, Ixodes scapularis, the Principal Vector of Borrelia burgdorferi, Cause of Lyme Disease Note that the life cycle covers 2 years, during which the tick obtains three blood meals.The males die soon after mating, the females after depositing their eggs in the following spring.Variations in the life cycle occur, probably dependent on climate and food availability.

Do You Suffer From the Itching, Redness and Scaling of Chronic Eczema? If so you are not ALONE! It strikes men and women young and old! It is not just 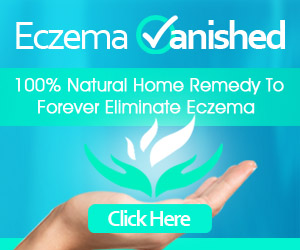 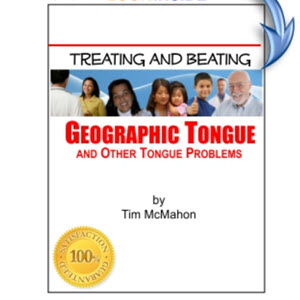