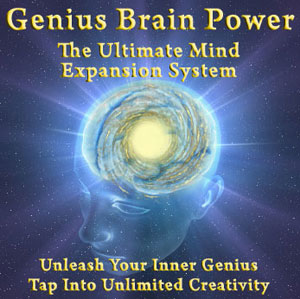 Alpha frequency (AF) was one of the first measures of the EEG that has been investigated in the search for the neurobiological basis of intelligence. Many of the early studies that visually analysed the EEG traces, calculated the AF by counting the number of alpha waves in small samples of the EEG trace and calculating the mean AF. Once again, the results of these early studies were mixed.

More recent studies have used computers to analyse the EEG activity. These later studies used a slightly different measure of alpha frequency known as the peak AF, which can be defined as the peak frequency of the alpha rhythm, or the frequency in the traditional alpha rhythm range (i.e. 8-13 Hz) that shows the largest power estimate. (Klimesch, 1999). AF has the advantage of being not as susceptible to the influence of extracerebral factors such as skull thickness or conductance as the alpha amplitude and the alpha power measures of EEG, and therefore its variation seems to result directly from the variation in brain function (Anokhin & Vogel, 1996).

Gasser, Von Lucadou-Muiller, Verleger and Bacher (1983) investigated the relationship between intelligence scores and EEG parameters in a group of normal and a group of mildly mentally retarded 10-13 year old children. They reported a low to moderate strength positive correlation between IQ scores and the peak alpha frequency over the parietal and occipital areas for the mentally retarded children, but not the normal children.

Anokhin and Vogel (1996) have also reported that higher IQ scores were associated with an increased AF, but this time in a sample of normal, healthy adults. They hypothesised that the pattern of the correlations they found implied that non-verbal inductive reasoning abilities as assessed by Ravens Standard Progressive Matrices (SPM) may be related to neurophysiological properties of the frontal areas of the brain, whereas, the significant correlations between AF and the verbal tasks showed a more diffuse topographical distribution. Neubauer, Sange, and Pfurtscheller (1999) also found that higher IQ scores were associated with a higher individual peak alpha frequency, although the correlations did not reach significance.

Marosi et al. (1999) took a different approach and investigated the mean frequency in four EEG bands, delta, theta, alpha and beta, while the subjects were resting with their eyes open. The strength and direction of the relationships depended on the location the EEG was recorded from, the EEG bandwidth, and the scale on the Wechsler Adult Intelligence Scale (WAIS). They found that generally, as IQ scores increased, the mean delta and theta frequencies decreased and the mean alpha and beta frequencies increased. Marosi et al. further concluded that broad band measurements are not an adequate tool in the study of certain abilities as broad bands dilute the effect of IQ when it occurs in a narrower frequency range.

At present, only a hypothetical explanation of the AF-intelligence relationship can be proposed based on the possible role of the alpha rhythm for information processing in cortical networks (Klimesch, Schimke & Pfurtscheller, 1993; Lebdev, 1990) and on individual differences in cortical arousal level (Golubeva, 1980; Robinson, 1993). Alpha rhythm emerges as a result of synchronous oscillations of synaptic potentials in large populations of neurons (primarily pyramidal cells) spread throughout the cortex. Although the exact mechanisms of alpha rhythm generation and its functional meaning are not understood completely so far, there is increasing evidence that synchronized oscillatory activity in the cerebral cortex is essential for spatiotemporal coordination and integration of activity of anatomically distributed but functionally related neural elements. Recent experimental and simulation studies of information processing in neuronal networks suggest that synchronized oscillatory activity in cell assemblies plays a key role in encoding, storage, and retrieval of information in the brain. Whereas information seems to be encoded by the temporal sequence of action potentials, synchronized periodic fluctuations of membrane excitability enable temporally and spatially structured co-activation of cells in an assembly (Birmbaumer, Elbert, Canavan & Rockstrih, 1990; Buzasaki & Chrobak, 1995; Lidman & Idiart, 1995). As a consequence, the duration of the cycle of the dominant cerebral rhythm may limit the capacity for storage, transfer, and retrieval of info in individual brains.

There are also some indications that AF is related to the level of cortical arousal in both state and trait aspect. AF increases with mental activity compared to rest. Increasing cognitive task difficulty leads to right hemispheric as well as bilateral alpha acceleration (Earle, 1988); a decrease in individual AF is always related to a drop in performance on memory tasks (Klimesch, Schimke & Pfurtscheller,

1993). Resting AF is higher in persons with a higher level of tonic cortical arousal regarded as a stable individual train and assessed using either EEG or EP measures. Moreover, it correlates positively with indices of mental activity level, academic performance in high school students, as well as performance on some memory tasks (Golubeva, 1980). It may also be hypothesised that individuals with a higher level of cortical arousal would also show a better performance on intelligence tests.

Regarding hypothetical neuroanatomical features underlying stable individual differences in AF, the degree of myelination could play an important role. AR results from cyclic excitations in cortico-cortical and thalamo-cortical circuits involving certain numbers of interneurons. It can be argued that the duration of a cycle would be shorter with greater axonal and dendritic conduction velocity (given the same or a similar number of interneurons) and, hence, the freq of the resulting rhythm would be higher. R. Miller (1994) provided evidence that ax-onal conduction delay in cortico-cortical connections, rather than synaptic delay, is the major factor limiting EEG propagation velocity. In turn, conduction velocity in cortico-cortical connections is mainly determined by the degree of axonal myelination. This interpretation of the AF-intelligence relationship also seems to be consistent with the brain myelination hypothesis of intelligence (E.M. Miller,

(favouring the lower or upper band) will lead to a shift in power and thus to a distorted estimate of alpha frequency.

In summarizing, the reported findings suggest that alpha frequency is an indicator of cognition and memory performance. This conclusion is also supported by the fact that alpha frequency increases from early childhood to adulthood and then decreases with age over the remaining life span in a similar way as brain volume and general cognitive performance (e.g. Bigler et al, 1995; Willerman etal, 1991)

Get All The Support And Guidance You Need To Be A Success At Beefing Up Your Brain. This Book Is One Of The Most Valuable Resources In The World When It Comes To Understanding Your Brain to Come Up With A Battle Plan For Intelligence.